Sa Caleta road was the scene this Thursday of a violent head-on collision between two high-end vehicles that ended with a power pole toppled over and resting on the bodywork of one of the vehicles involved: a Lamborghini.

The spectacular incident occurred at midday this morning at the exit of a bend and involved a Lamborghini and a Range Rover, which suffered front and side damage. After the impact, one of the vehicles hit a pole on the side, which overpowered the car. 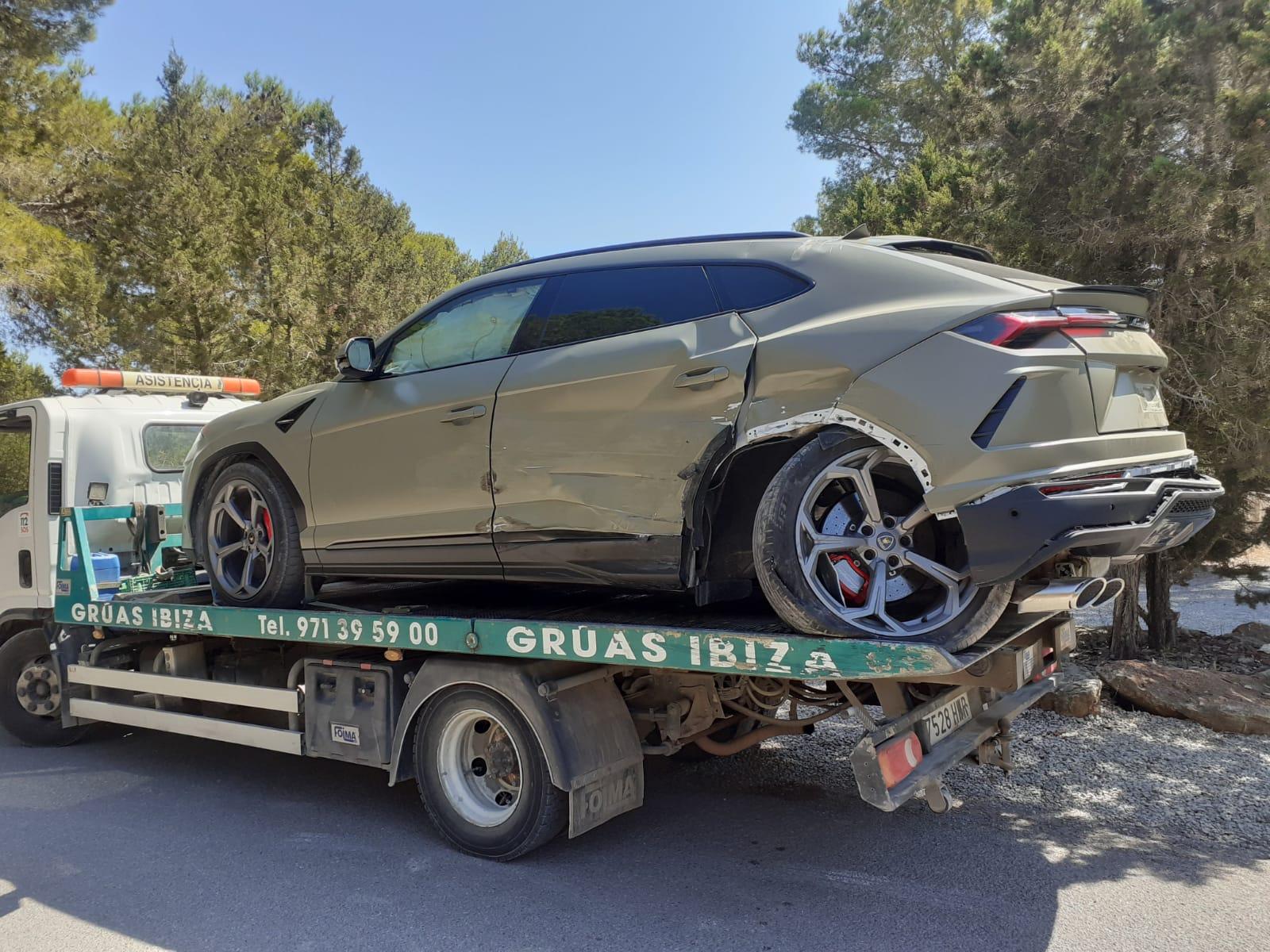 The occupants were slightly injured. Officers from the Guardia Civil, Sant Josep local police and three roadside assistance teams from Grúas Ibiza were on the scene to remove the vehicles, which were valued at around 150,000 euros.

The road was temporarily closed to facilitate the removal of the damaged vehicles.